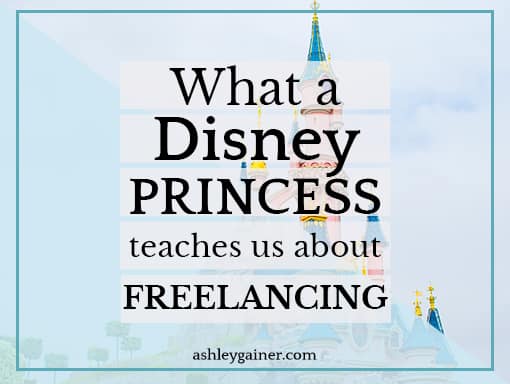 Aside from the culturally obligatory obsession with Ariel among girls my age, I was never much of a Disney girl…until somewhat recently.

Barring that one time in college when I was dragged to the 50-cent theater to see Finding Nemo with my marine science buddy, I basically didn’t watch any Disney movies for about 20 years. Until recently I had only a vague sense of the cultural identities of Mulan, Tiana, and Moana. I couldn’t pronounce Anna right and I didn’t even know there was a Rapunzel movie. 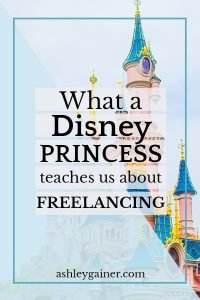 What’s funny about that is… the Rapunzel movie (Tangled) is basically my favorite movie now. And Rapunzel, if you ask me, is the best of all the Disney princesses. (Yep. I went there.)

She has all the usual trappings — she’s pretty, she’s kind, she’s strong, she has the requisite animal sidekick, she’s a teenager (ha). But there are two characteristics of hers that stand out to me every time I watch Tangled:

Being resourceful and resilient serve her through the whole movie, allowing her to escape all kinds of danger, connect with the right people, and make headway toward her goal (to see the floating lanterns up close).

Getting out of the tower is easy — she just has to let herself down. But what she has a harder time escaping is the influence of her horrible mom, Mother Gothel.

That jerk inside your head (ever heard of imposter syndrome?)

The mind-games this woman plays on her (stolen and adopted) daughter are just epic. She’s a textbook narcissist, sending out a constant stream of subtle jabs, carefully undermining Rapunzel’s sense of self and making the girl think she’s actually better off isolated in her tower, hiding from the world she wishes she could explore.

In the end, of course, Rapunzel sees the light (see what I did there?) and fights her way to freedom. It’s easy for her to leave her tower, but it’s a real struggle to get the insidious voice of Mother Gothel out of her head.

Have you ever felt like that? Like there was something in your head holding you back from something you really wanted?

I’m guessing you have. We all have. Anyone who’s ever wanted to do something different, something big, has faced those thoughts.

The I’m not good enoughs. The it’s too hards. The now’s not the right times. The it was stupid to think I could actually do its. The there’s no way this is ever going to works.

We all deal with those insecurities. It’s called imposter syndrome, and it never really goes away. True story. I still deal with it every single day, and I’ve been in this gig for over 9 years! (The circles I’ve been talking for the past couple of weeks would make your head spin. I’m certainly dizzy from it all.)

Yearning is the hardest part

In a lot of ways, it’s really easy to keep ourselves locked up in the tower, looking out the window at something beautiful and mysterious and so very far away. Yearning is painful, but we fool ourselves into thinking it’s easier to yearn than it is to do.

It’s actually more painful to yearn. But we don’t realize this until we get out there and start going after the thing we say we want. When Rapunzel touches the grass for the first time, she takes a moment to feel all the new sensations, and then she takes off running. But that getting out, the one where she hops out the window, is the easy part.

The hardest part for her is letting her feet touch the ground. She lowers herself from the tower but stops short of landing. In fact, she hovers there for a few seconds, suspended between tower and earth, wondering if she’s actually capable of being free.

And then she acts. She sets one foot down, and then the other, and then it’s a deep breath, a crescendo, and she’s off. Free. Finally doing that thing she’s thought about for nearly 18 years.

You say you want to be a freelance writer and get paid to write from home. But if you’re still trapped in the voluntary prisons of fear, doubt, and excuses, you’ll have to look your own Mother Gothel in the eye, muster up every ounce of courage you can, and leave.

And that’s the whole reason I’m here — I want to come alongside you, show you how to leave the tower of yearning and take off running toward your dream. One of the ways I do that is by creating courses that give you the knowledge you need to feel confident in your new venture. It’s like I’m your Flynn Rider, guide to the world of freelance writing.

Except I’m not a dude and we’re not romantical. Got it? Good.

Want a tip? The best thing you can do when you’re paralyzed by fear is tell your fear to someone else. Once you can get it out of your head and “out there,” it begins to lose its power on you. (Ask me how I know.)

Today, I invite you to do that very thing — look your Gothel in the eye and defy her. Hit reply, type your fear out, and send it to me. I’ll hold it for you while you grapple with the idea of leaving the tower and taking that next step toward your dream.

When you’re willing to do the hard things, and draw on all your resources to find a way, you’re going to create your own Best Day Ever.

If you need some extra support in the Getting Started department, I’ve already got you covered. I’ve developed a new course on setting up your writing portfolio and writing those pesky first writing samples. We talk about everything from picking your niche to evaluating the writing samples you have to strategizing new samples so they’re as powerful as possible. It’s ideal for beginning freelance writers, and I hope it’s really helpful. You can learn more here.

This course was designed with love to help give you the confidence to push past your fear, plant your feet, and make your own dash toward freedom. Are you ready?